Question: is China back to normal now?

We get asked more and more often: “is China back to normal now?” a simple question, yet the answer is complex and requires proper assumptions.

In order to provide a proper answer, our hypothesis rests on two dimensions: first of all, China is not a monolithically entity, it’s a continent-sized country with a multitude of climates, dialects, development levels. Second, normality is not a matter of black versus white, but rather a scale of greys.

In order to test our hypothesis, we analyzed traffic data. Rising levels of traffic (both in private and public transit) are showing a gradual but uneven activity pickup after the economic slowdown caused by China’s fight to contain the COVID-19. The traffic data offers important clues to the health of the world’s second-largest economy and can be interpreted as a leading indicator of the confidence of Chinese consumers going forward.

Shanghai subway traffic data shows a steady growth in its weekday figures. Average daily figures for April amount to 7.7 million rides / day, up 48% from the March average of 5.2 million. Yet, this figure is 36% lower than the average weekday daily traffic in 2019 which reached 11.9 million rides / day, indicating that while the regular morning and evening commutes are back to normal, plenty of movements that usually occur during the day (e.g. afternoon movements of workers, such as people going to meet with a client) are limited, or missing (e.g. student commutes). 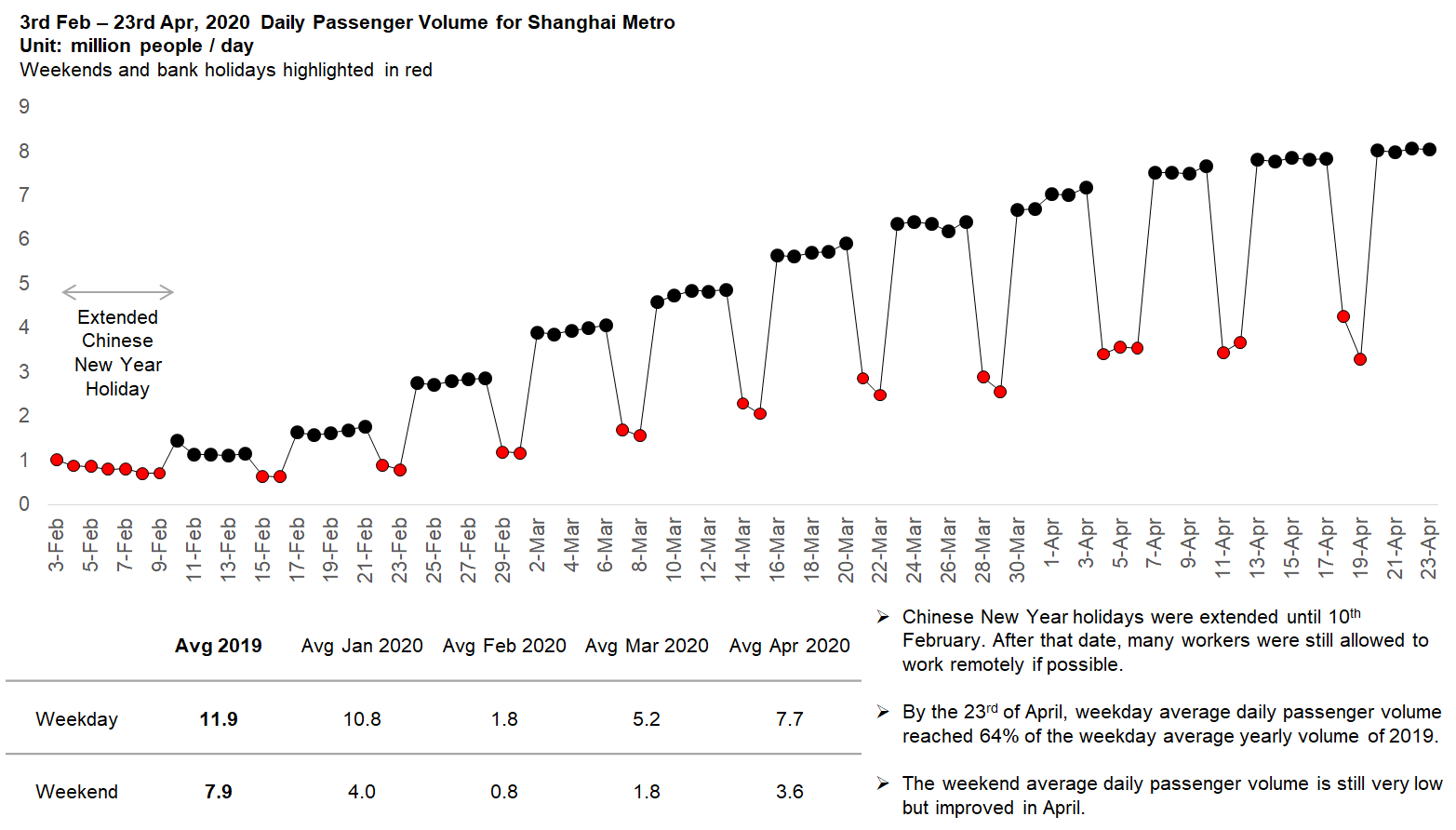 The weekend data is also insightful, as it is much more depressed than its weekday counterpart. April’s weekend daily average amounted to 3.6, down 54% from its counterpart in 2019. The conclusion is all but straightforward: Chinese people might be back to normal for what concerns their basic work needs, but many still refrain from moving around during their free time. Some cities are drafting new laws to allow for a 2.5 days weekend, with the idea that this will stimulate local economies such as tourism, entertainment and restaurants. However, the data likely shows that people currently do not lack free time, but lack peace of mind. Until their confidence is restored and they will feel safe, weekend movements will be suppressed, no matter the length of the weekend.

This is confirmed too by looking at car traffic; analyzing TomTom’s traffic data, we can get confirmation of such workday-weekday gap, and also get some insights in terms of regional differences. 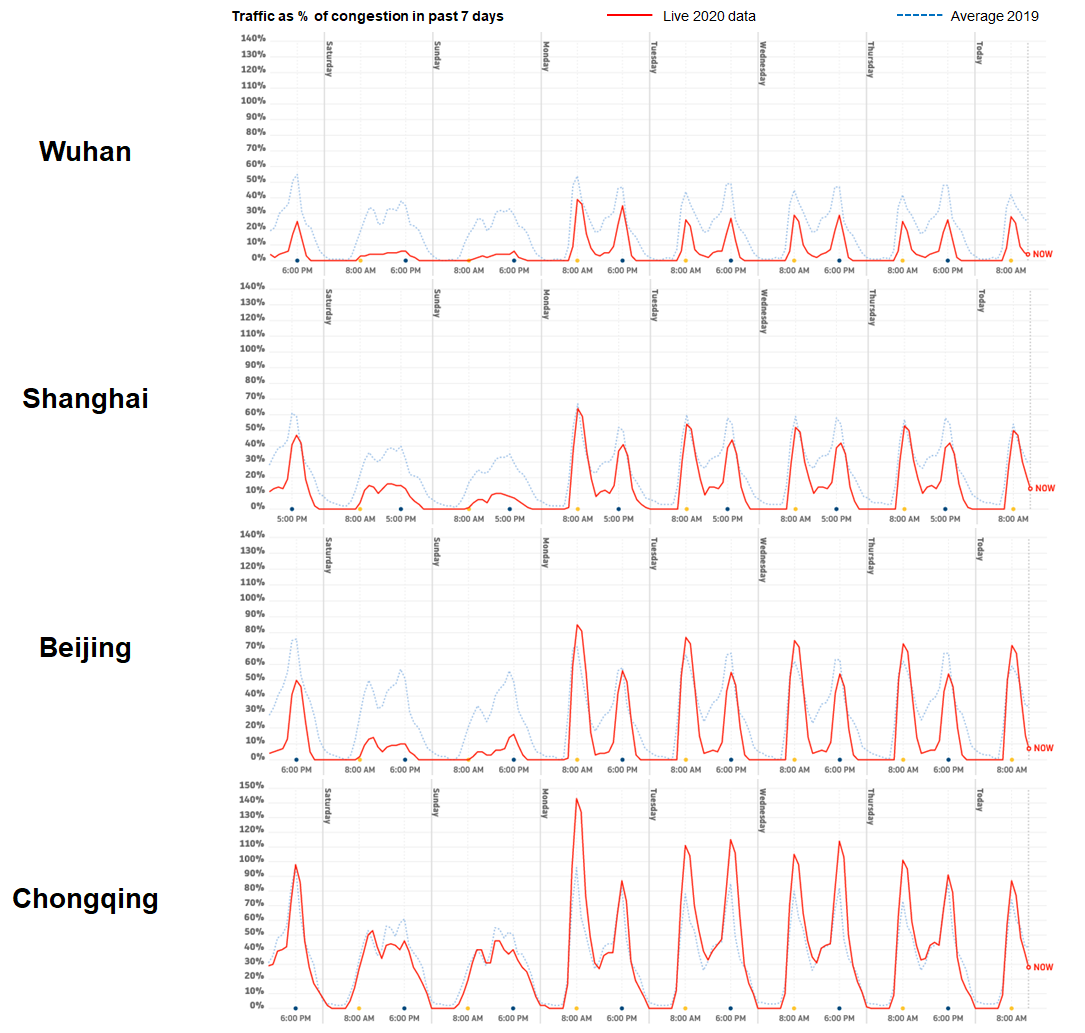 By looking at the data, it is clear that:

md.ma2020-04-24T11:03:46+00:00
We use cookies to ensure that we give you the best experience on our website. If you continue to use this site we will assume that you are happy with it.OkPrivacy policy