Understanding and harnessing the power of Key Opinion Leaders in China

Our previous article has introduced the KOL phenomenon. The next question to answer is, how impactful are these KOL in reality?

Take for instance two particularly impacted industries in China: fashion and beauty. By involving several KOLs, a Weibo (Twitter-like social media) hashtag activity hosted by beauty brand SK-II in 2018 generated a massive amount of views and comments; by the end of February 2019, this activity had received 200 million reads and triggered 1.78 million comments. While the engagement was initiated and led by the stars’ fanbase at first (most of the KOLs involved were actually stars of Chinese TV Shows), then spread to the general online population. To put things in perspective, a different hashtag activity by SK-II that was not powered by KOL marketing triggered a comparable of views but only 21 thousand comments.

In China, KOLs Are A Sales Vehicle

A major difference that makes influencer marketing in China unique, KOLs have been an effective tool for brands to boost sales especially when promoting new products.

Take Li Jiaqi, one of the most popular live-streaming hosts covering fashion and beauty content, who has 20 million followers. His most noticeable achievement was selling 15,000 lipsticks within five minutes after his 6-hour Tmall live-stream, in which he tried himself different lipsticks made by Mac, YSL and Tom Ford, achieving a total 3.53 million RMB sales (~450k EUR). With such measurable influence, many brands seek cooperation with KOLs like him, sometimes allowing for significant price discounts. 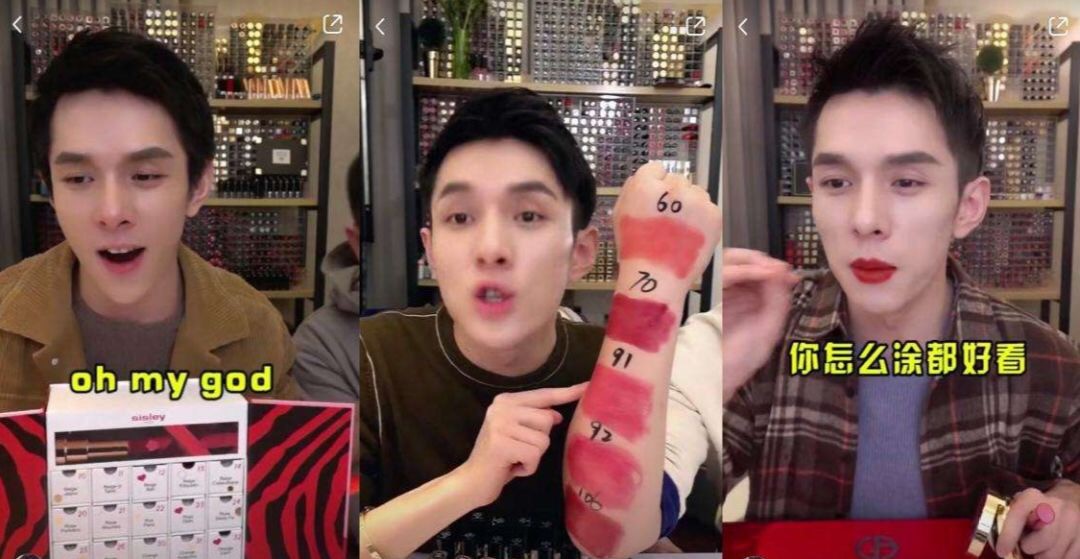 What Contributes to KOL’s Effectiveness

So, what makes KOLs so effective as a sales channel? Based on our research, we conclude 2 major reasons explain how the “KOL Economy” came to be:

Integration of the benefits of all stakeholders

As per our previous article, within the consumer decision journey KOLs play a key role in stimulating and amplifying the information exchanges, both among consumers and between brands and consumers. They are at the same time gatekeepers and loudspeakers for information.

The Critical Role of KOLs

The benefits of cooperating with a KOL are not limited to converting the KOL’s own followers into consumers for the brand; more importantly, brands can often initiate a positive communication with consumers. Follow-up contact is thus easier to be generated, as KOL’s followers are more likely to participate in and discuss the endorsed products on social media. Notably, this communication is built upon the perceived reliability of the KOL instead of the brand itself.

Further, emulation still drives many Chinese consumers’ decisions. Many KOL’s followers are keen to buy the same products worn by the KOL, and in many cases, top-selling apparel items on e-commerce are often the ones presented such as “same product as seen on KOL XYZ”.

Chinese consumers are more online-oriented and becoming more accustomed to going online using their mobile phones, including e-commerce as their first shopping option. As a result of this “mass migration” onto mobile constant connectivity, KOLs became inevitably very influential by being able to reach more consumers when promoting products on social media.

Average Hours Spent on Mobile per User per Day

Summarizing our articles, brands should be aware of the following key facts:

However, “engaging KOLs” is not a packaged solution. Engagement channels can be very different and the landscape is, as most often in digital China, a moving target. Brands must pick the right platforms to promote, based on specific product positioning and target consumers.

In our next article in the series, we will discuss the uniqueness of different platforms and how to choose the proper place to be.

miraldi2019-12-18T09:14:12+00:00
We use cookies to ensure that we give you the best experience on our website. If you continue to use this site we will assume that you are happy with it.OkPrivacy policy